Work still on going unfortunately  time to move forward is limited with work for both of us taking us away from home. The engine is in and running with around 260hp so nice engine. Link to noise !!​

Been slowed somewhat by the death of my father and the time taken to look after him, hopefully we will get this car into my garage at home and make some progress.

Wiring update - no fuses found on whole system, so new one fitted along with some extras like windows wipers, rain light side lights etc. 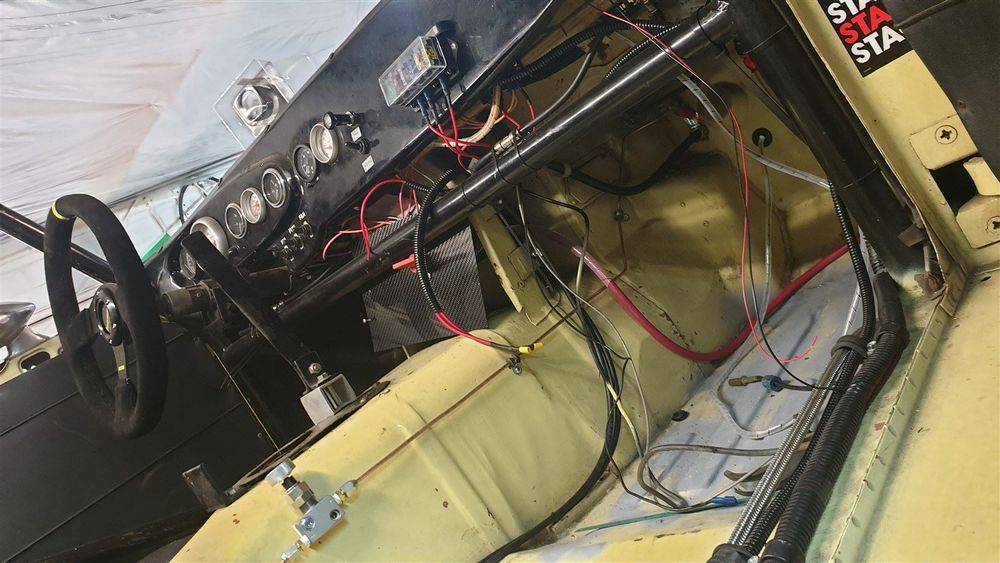 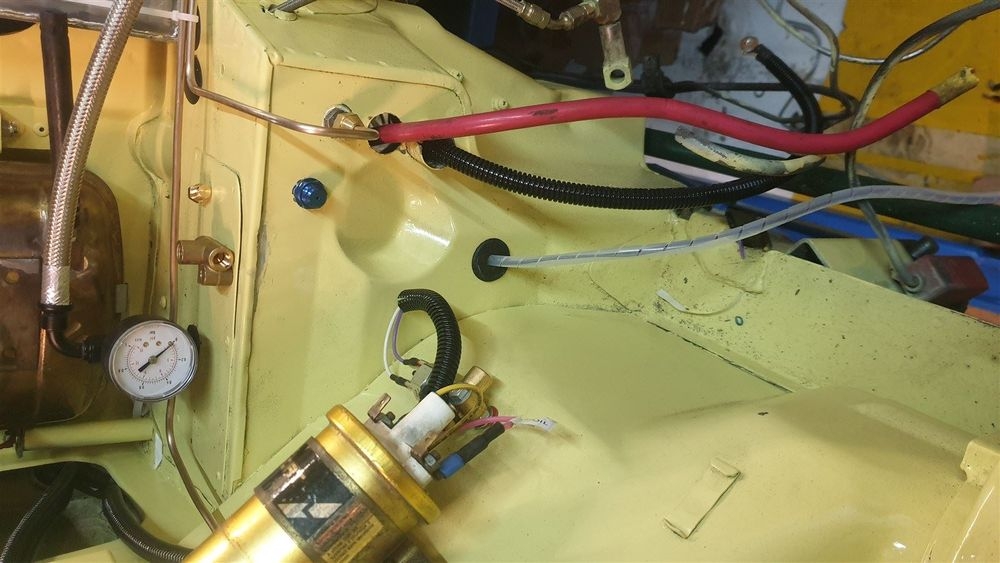 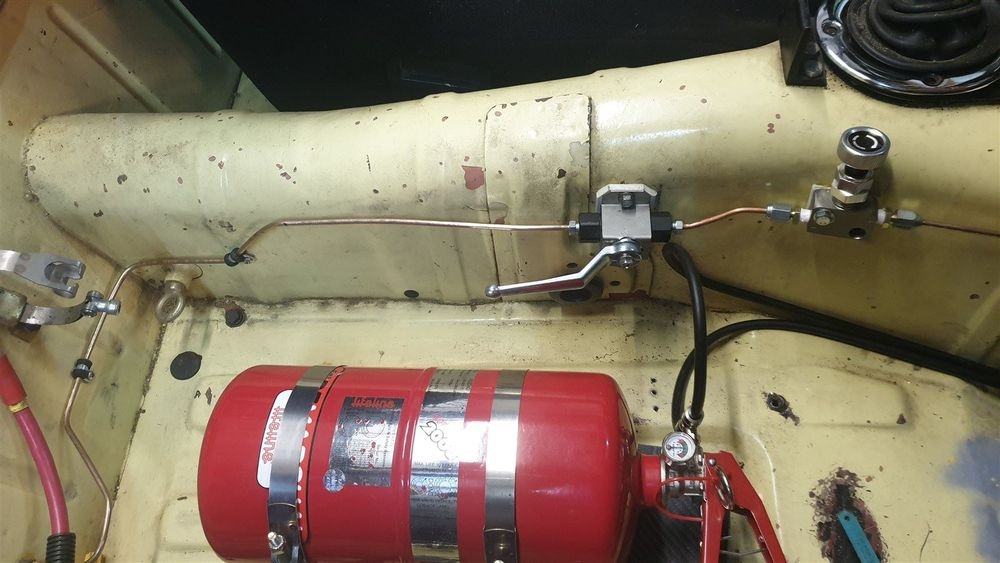 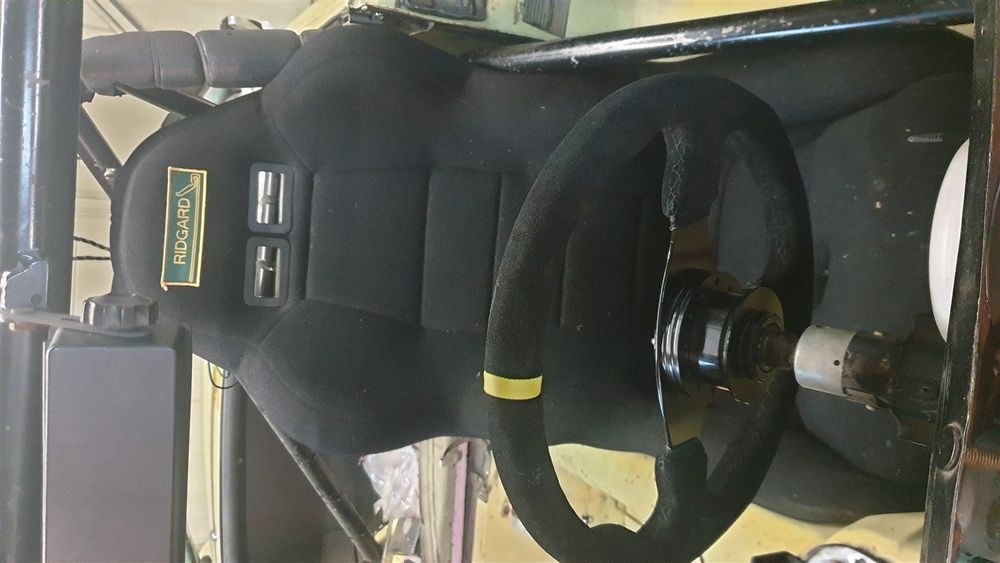 NEW COAT of paint for the engine bay.

The most expensive MGC engine ever I think won't be putting to many miles on this one in vain. I will stick with my original engine builder from now on.

All dyno tested reasonable figures from the cam grind.

Required three trips to the Dyno due to failure and vibration in engine had to have new crank and the ATI pulley replaced.

Been a bit slow what with having to go away back to Africa. The engine is being rebuilt, needs a lot of work new pistons and general overhaul of all parts . 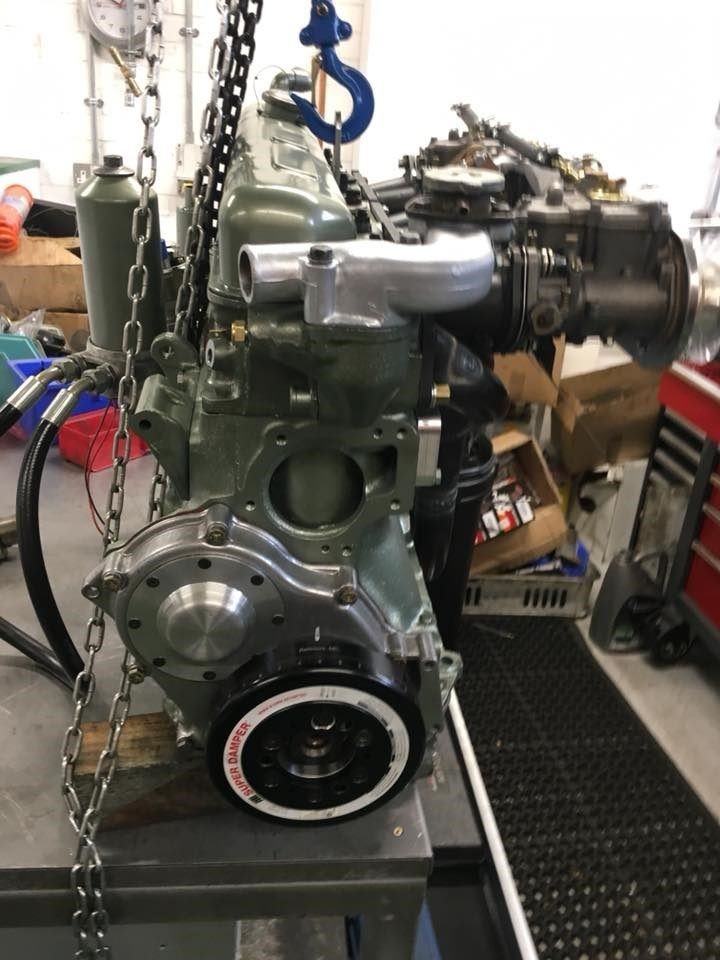 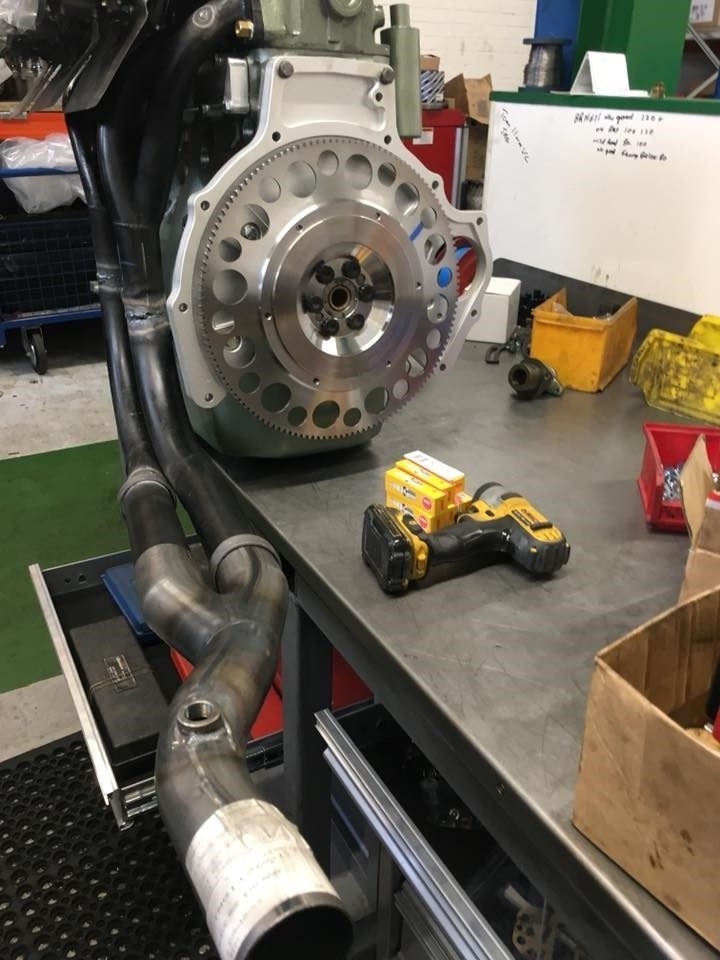 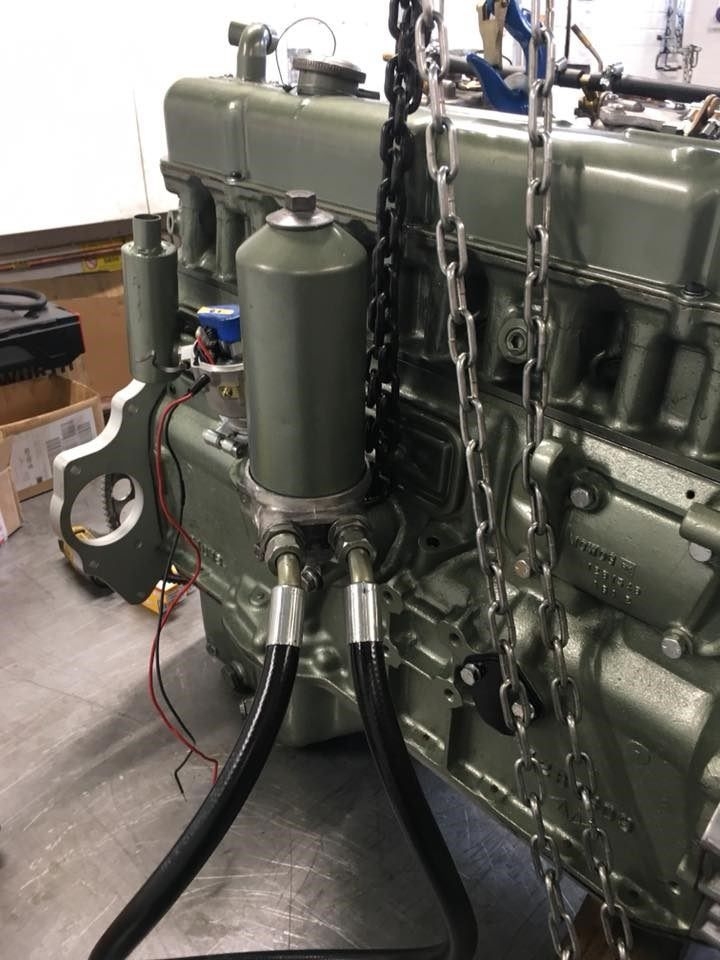 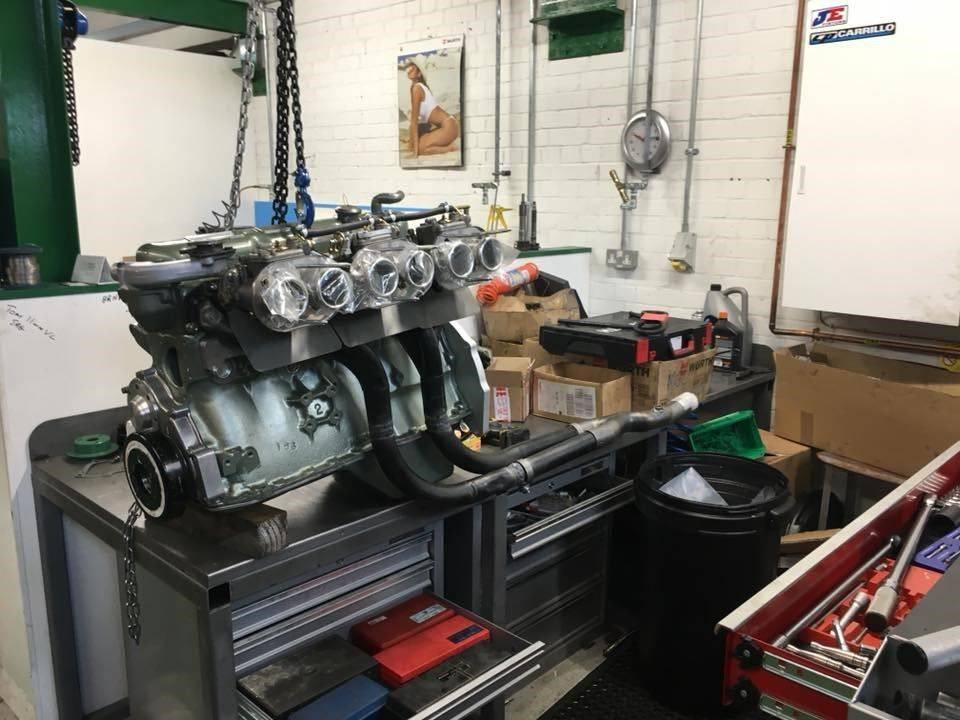 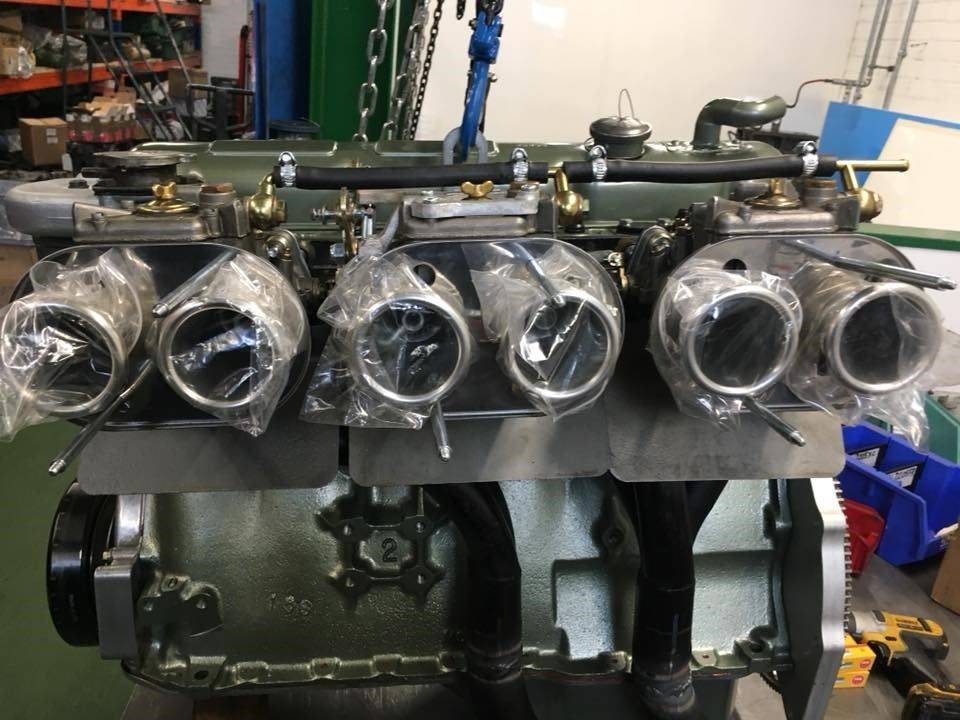 Lot of time gone into this engine and even an offer of a BTCC driver to race car for me.

Steves car and John Targett! you make too much money, if there is such a thing. But you do have good judgement on how to spend it....

i helped john clean the gravel out of the bodywork on his B when he inverted it at Road America, and found him to have a two level brain. while trying to keep his good humor, he was toting up the cost of his late braking experiment. What a guy. I really miss he and Steve a fair amount.

Steve and i worked on his C for days on end when he first bought it, and after several years, i decided to get involved in IMSA, and moved to California to work at selling and fettling Lolas in Los Angeles. I got married, and returned to wisconsin to find Steve a vastly different guy, and it was never the same after that. Still fun, but very hard work, as Steves views on spending nescessary monies had shifted radically. We eventually parted ways, but remained friends at the circuit and in our part of the world, hunting and fishing together when we could.

The C originally was ordered by an old employer of mine, a BMC agent named Jerry Morewald. Morewald had a string of Mini's and was a steadfast ex-works patron, for cars that BMC wanted to promote in this country. You'll find notes on his racing thru the SCCA. He ordered the

MG because he felt it had legs in its class, with the homologated parts and its racing weight here. In the dealership, my job as a trainee was to clean it and tear it down, and make notes on what i found after each race. Morewald had a list of stuff to ck. and if he found something i missed, i got docked a days pay, and got my ears boxed.

Racing the C, we found the cams wouldn't live with the oil pressure we needed to keep the engine happy. we would crank up the oil pressure, and wipe out the drive gear on the cam and the spur gear. We had a standing order with BMC for cams and gears, and BMC suggested we lower the rev's and use lighter oil. We had monster valve springs, and headwork that only worked at higher rev's so that was a poor suggestion for our rules. We then foound that we couldn't supply enuf CFM with the legal carbs (two 1 3/4 SU) and first manifold. Then the second manifold came out, and things improved a small amount. But at this point, Morewald decided that he wasn't getting close enuf to the sharp end for the money he was spending, and the car was sold to Plater.

A year later, i was operating a small sportscar operation with a partner, and Plater showed up, looking for help and info.

Twenty-eight MGs raced for three days in nearly perfect September weather at Watkins Glen, NY, in SVRA's "Zippo US Vintage Grand Prix". At it, a featured race for the weekend was the 48th anniversary race of the "Collier Cup" race for MGs. All 28 MGs attending took the green, including two factory Sebring MGAs. This year's Collier Cup winner, as selected by the MG racers, was Mark Palmer in his red MGA. Mark is the first repeat winner of this prestigious award. Overall in the race, first place went to Jerry Richards in his MGB-GT, V-8 MG, followed by Steve Plater in his MGC, and then Mike Kusch in an MGB. George Shafer, piloting his well prepared MGTD, was the top finishing 'T' series MG, and was awarded the "T-Cup" trophy for 'T' series MGs. And a special award was presented to MGB racer Ginny Gibbons, recognizing her wonderful vintage racing spirit with her MGB. Ginny first watched MG's race at "Put In Bay" in 1952! The spirit lives! 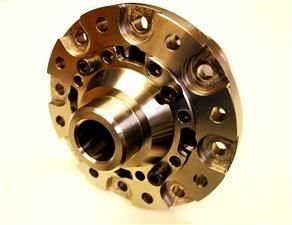 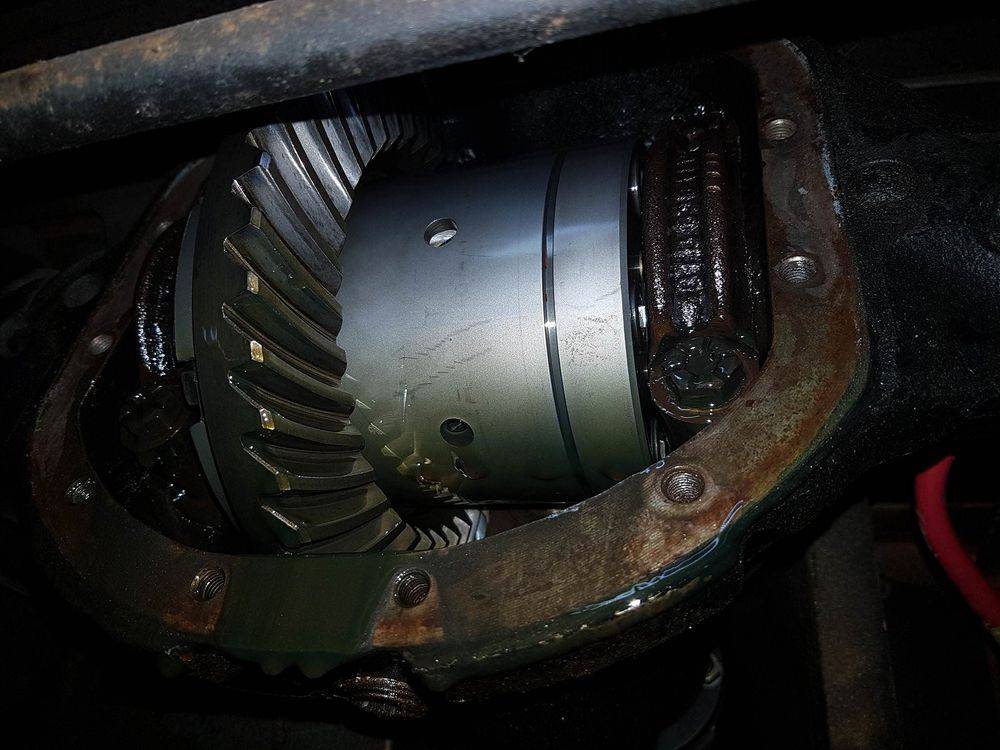 The king pins had had new bushes fitted. 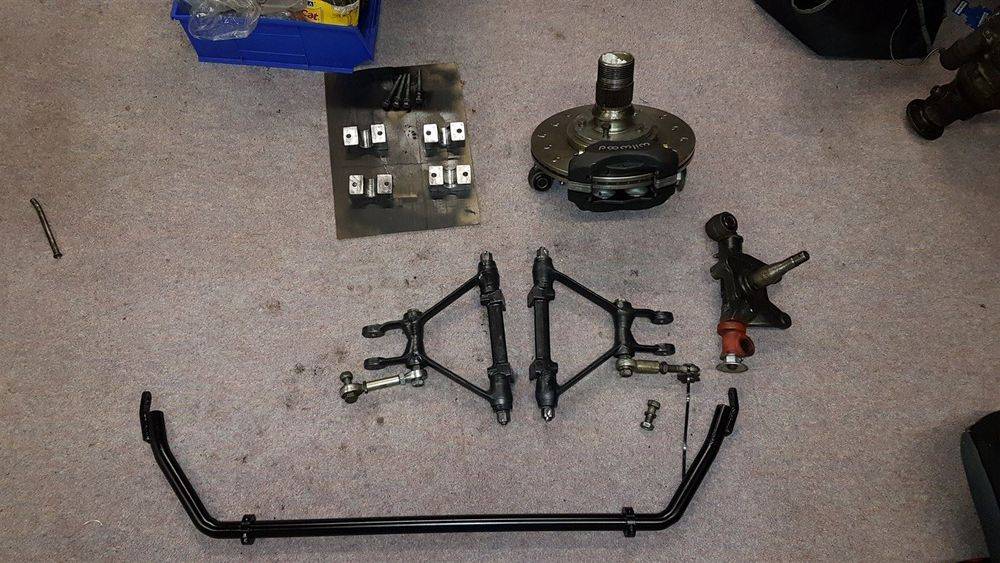 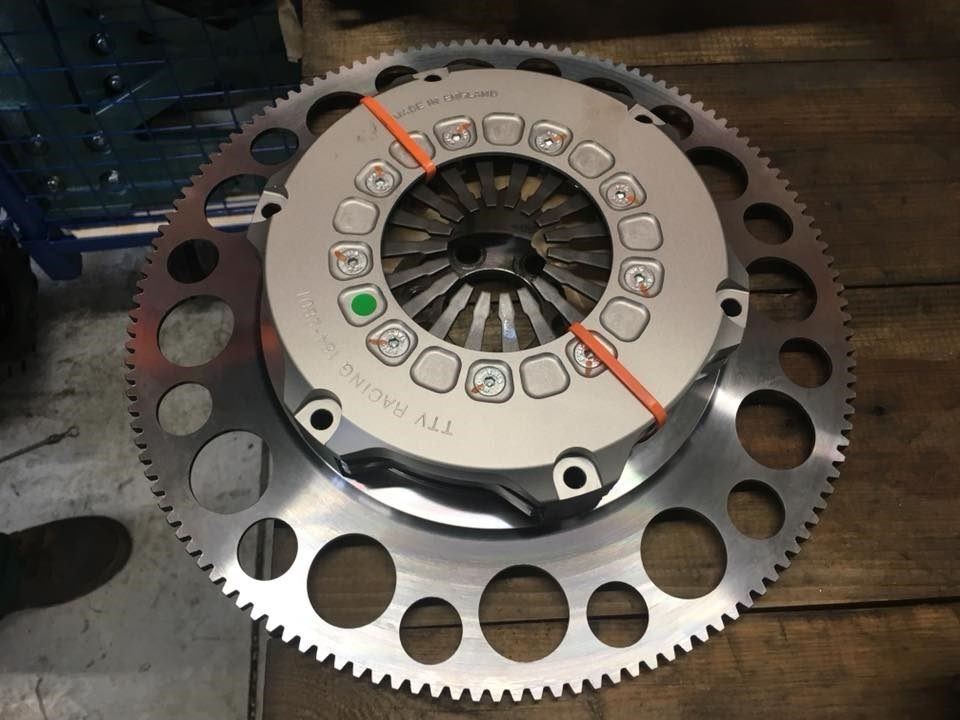 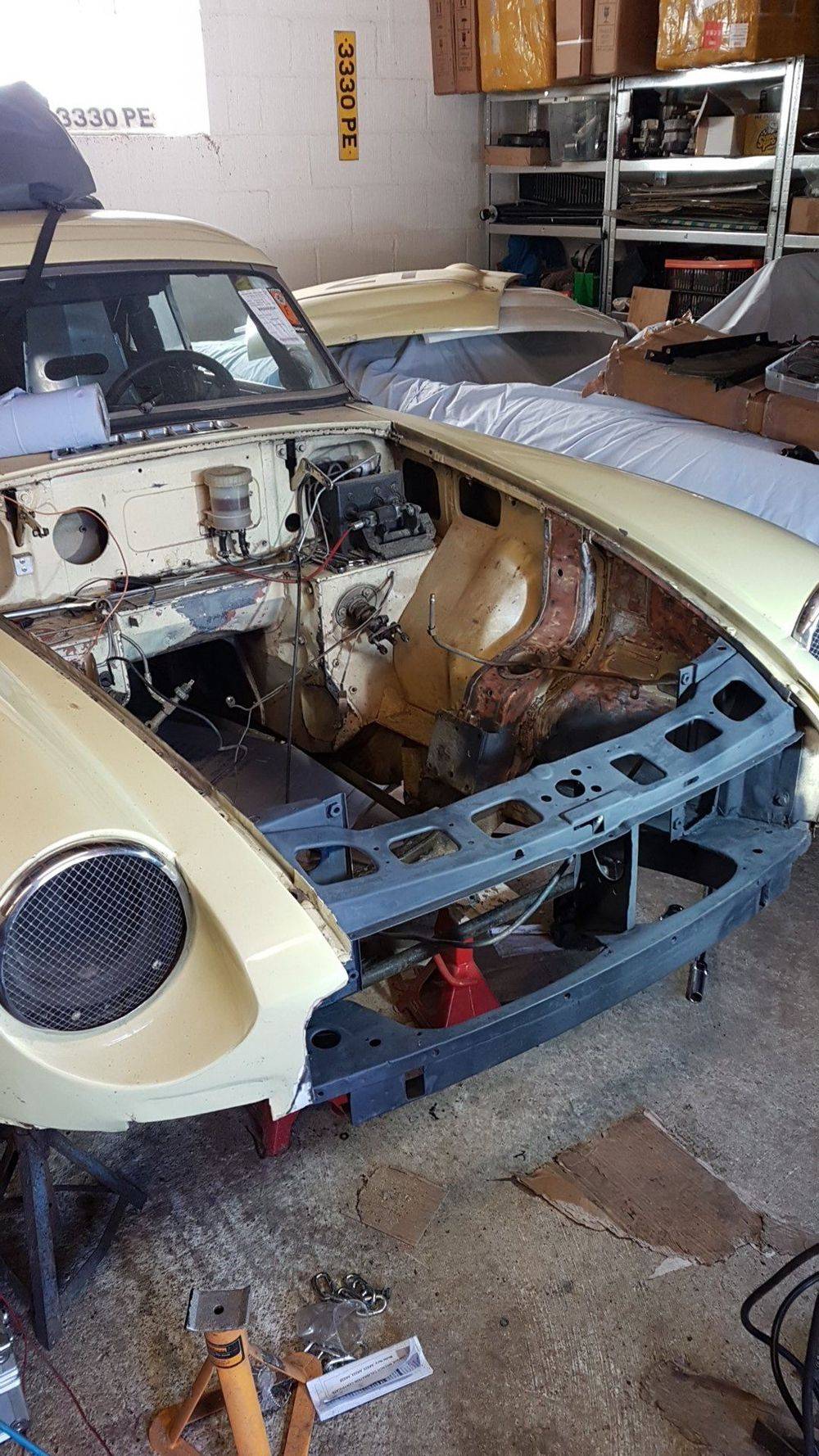 The Cruiserweights: MGC and TR6

The six-cylinder, 2.5-liter TR250 was first introduced in 1967 (as a 1968 model) along with the home market, fuel-injected TR5; it featured the IRS rear end and most other construction details from the latest TR4A.

Two years later, America got the handsomely restyled (if somewhat smog-strangled) TR6, which was a huge success on this side of the pond, even if the leaned-out Strombergs wheezed in the upper rpm ranges and the soft rear spring/shock combination had a habit of turning to cheese and allowing the characteristic TR6back-end bob on crisp upshifts. Even so, the TR6 could be turned into a fast and effective track weapon (as Group 44 proved so conclusively), but there were never more than a handful of really well-developed and set-up examples around.

MG of course needed a counter-model (especially following BMC’s phase-out of the wooly old Healey 3000) and to that end shoved their industrial-strength, boat anchor of a six-cylinder engine under the MGB’s hood and called it an MGC. This was more than a simple engine swap, as the length and heft of the engine forced changes to the front crossmember and a switch to torsion bar front suspension and 15-inch wheels among other modifications.

Although respectably powerful and fast in a straight line, the resulting car was terribly nose heavy and handling could best be described as “deliberate.” A factory-backed “prototype” MGC (with the engine shoved back a couple inches plus other mods) scored an amazing 10th overall at Sebring in 1968, but not many were ever sold here in America.

Still, they can be effective vintage weapons when properly prepared and driven, as Steve Plater proved when he won the Collier Cup race with his much-raced example at Watkins Glen a few years back. Some genuinely quick MGCs also compete regularly in English vintage racing. 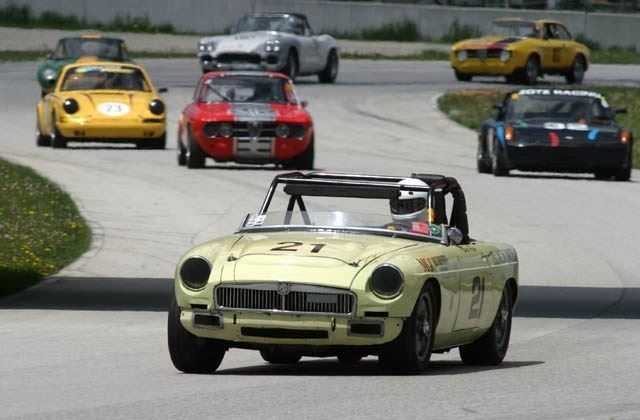 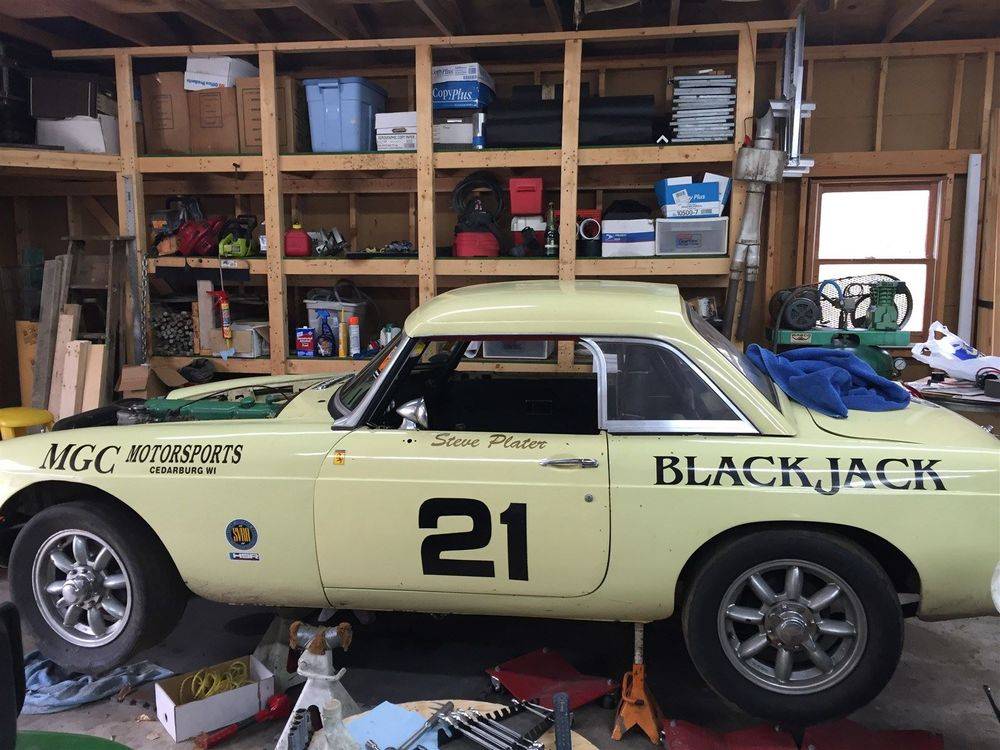 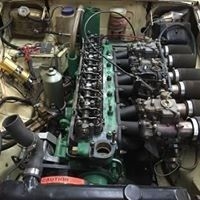 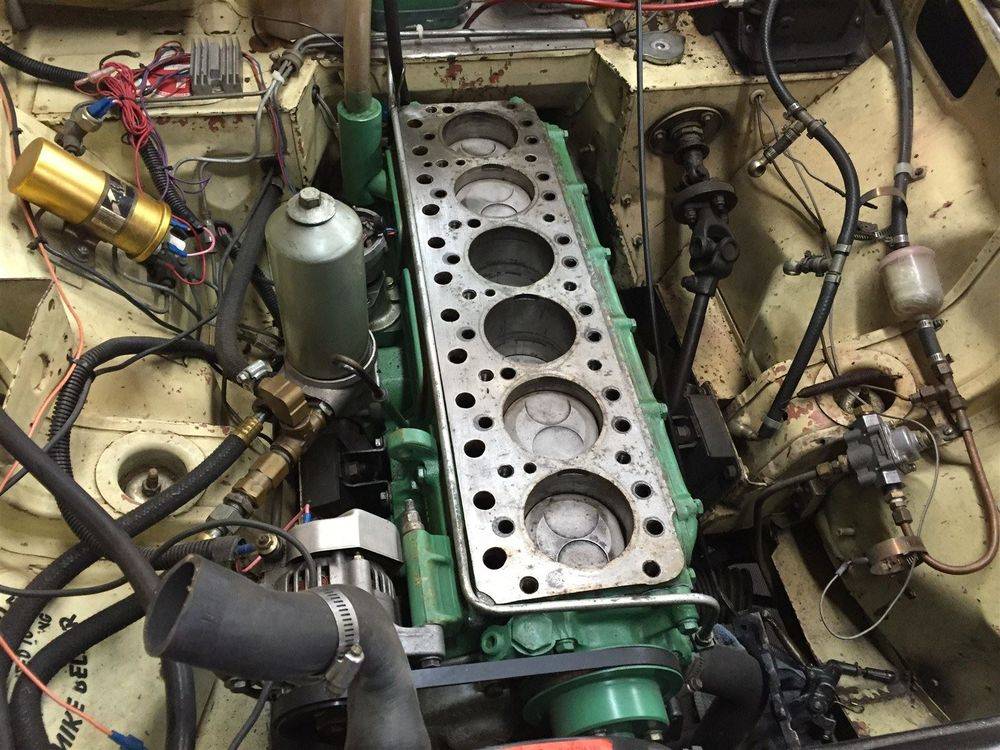 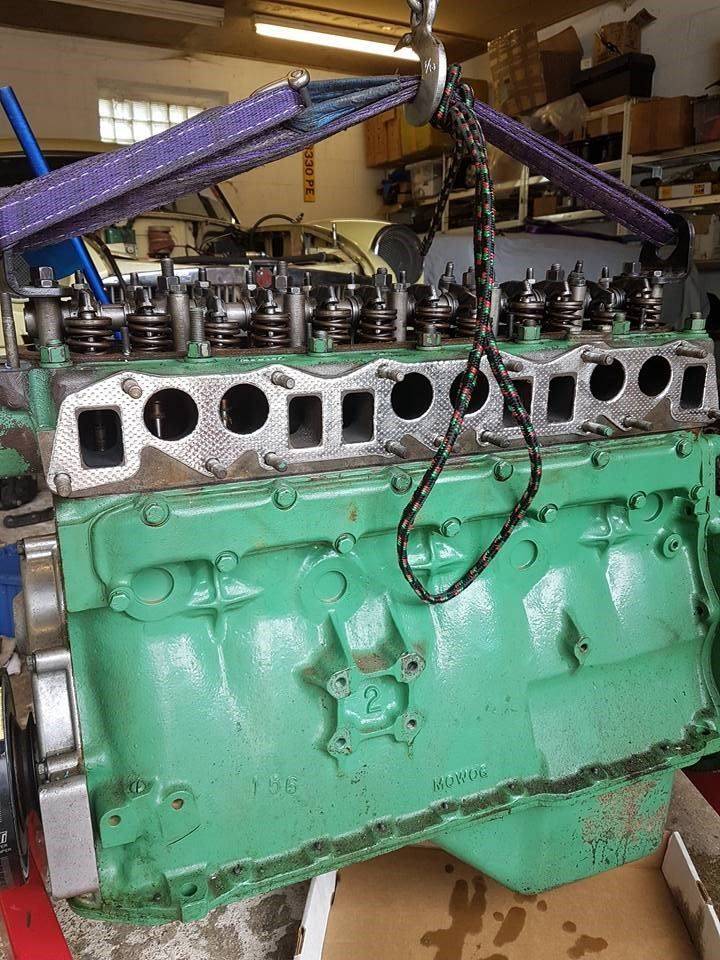 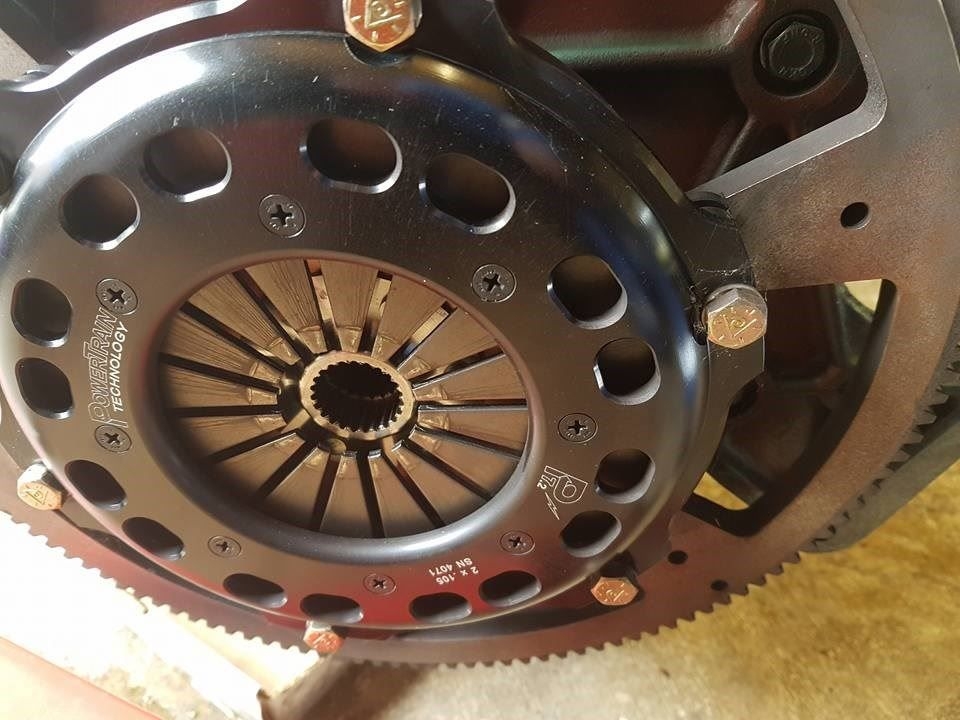 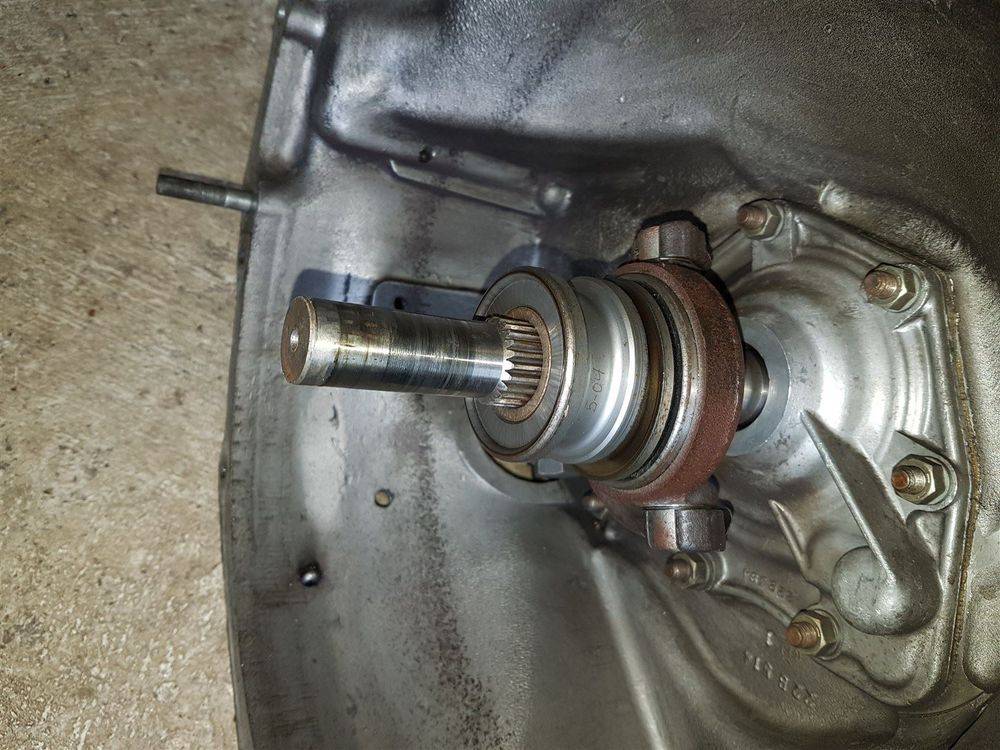 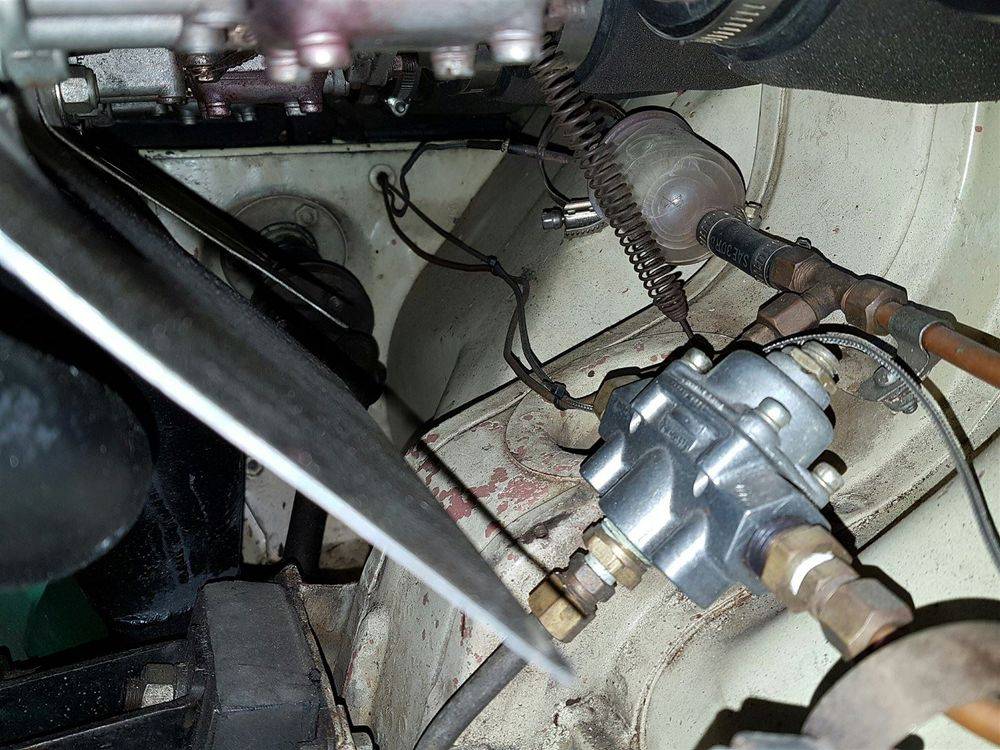 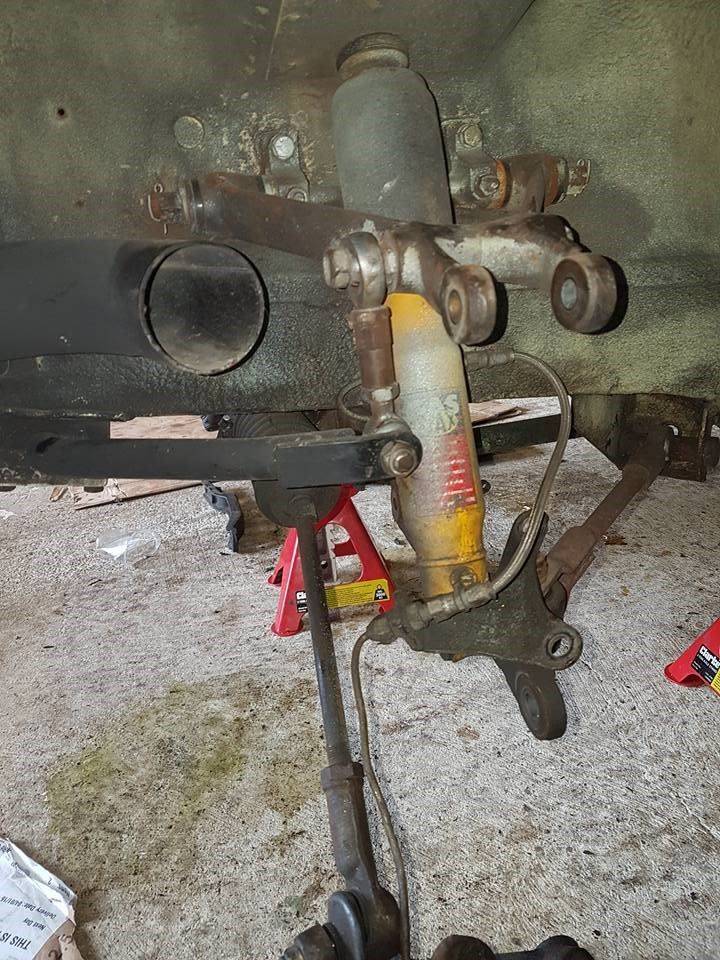 Vented discs seen better days these are Jag discs been redrilled to suit the MGC hub, not recommended but !!

New custom discs made and mock up for Wilwood callipers. to Replace the setup above.